<div class="at-above-post addthis_tool" data-url="https://www.wordsinthebucket.com/revisiting-the-history-of-women-movement"></div>Women’s issues captured attention only in 1962, when the United Nations (UN) General Assembly asked the women’s commission to prepare a report on the role of...

Women’s issues captured attention only in 1962, when the United Nations (UN) General Assembly asked the women’s commission to prepare a report on the role of women in the social and development plans. The reasoning behind this was that economic and social development would enhance women’s status. As a result, the ‘Women in Development’ (WID) approach was introduced in 1970 based on liberal feminist theory. Immediately, UN general Assembly adopted this approach to fully integrate women in developmental sectors. It was introduced to incorporate women in the development process, but it failed to consider women’s roles. So, in 1975, the first international conference on Women and Development was held in Mexico City, in combination with the celebrations of international women year where 7,000 women and men from various nationalities, races, and creeds, exchanged views and experiences. 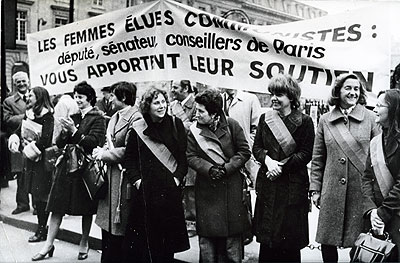 Needs differentiated according to geographical area. In the North, especially the industrial countries, women were seeking gender equality in the work place and home but in the South, especially the newly independent (emerging) countries, women faced oppression and still had a long way to go to reach the needs of the North. Rural development had become a major theme for the advancement of women both at local and national level.  An example of this is the introduction of women in civil society and scholarships for women, which strengthened the transformation, and connected women and development.

During 1976-85, there was an institution-building decade for women’s rights and WAD. For example, the UN Economic Commission for Africa (ECA) model was established at regional level to foster socioeconomic development among its member states and focuses on ICT, science and Technology for Development. The United Nations Development Fund for Women (UNIFEM) was set to finance women’s activities in low-income countries and the International Research and Training Institute for the Advancement of Women were established to engage in research and training. However WAD failed to analyze the relationship between patriarchy, capitalism and marginalization of women by ignoring  the reproductive aspects of women’s work and lives. It emphasized the value of income-generating activities without considering social and cultural reproduction.

In 1979, the Convention on the Elimination of All Forms of Discrimination against Women (CEDAW), the first human rights treaty for women, was proposed to eradicate sex-based discrimination and focus on the advancement of women and girls. It later became a useful tool for women to pressure their government. For instance, as a consequence of this, in 2002, Nepal went through the Amendments in Civil Code and granted women’s right to property, divorce right, the right to abortion and greater punishments for polygamy and rape. A step forward.

Later on, the second women Conference (1980) in Copenhagen recognized that there was a disparity between women’s guaranteed rights and their capacity to exercise them. The identified needs were equal access to education; equal access to employment opportunities; and equal access to adequate health care services. The consensus was found when representatives of women of the south were ready to speak more freely about gender relationships.

In 1985, considering a fast increase in poverty worldwide, the third UN Women’s International Conference, held in Nairobi, wanted to shed light to the disparity between men and women. And so the Gender and Development (GAD) model emerged in early 1990s that recognized that women should not be treated in isolation from men. This model emphasized the social, economic and political relationship between men and women to raise awareness and consequently improve women’s equal access to development activities. It also, and rightly so, recognized the role of men and state in contributing to equity and social justices, recognizing that the state carried the responsibility to provide social service. Nonetheless, the most important aspect of this concept was that it viewed women as active agents of change rather than passive beneficiaries of development approaches.

A great change came in 1993, when the slogan “women’s rights are human rights” took hold from the hard work of NGO’s and women’s organizations, in preparation for the UN world conference on human rights in Vienna. Immediately, violence against women became a key issue worldwide with an annual 16 days of activism and petition in 123 countries. This huge growth in the movement was probably also due to strengthening of the ‘poor and disempowered’ women’s movement in rural areas and in the informal economy of cities and towns, especially in India. For example, the Self Employed Women’s Association (SEWA), a movement of self-employed women in rural and urban India, grew to more than 600,000 members who believed that India’s “second freedom” was the economic empowerment of informal and unprotected working women.

Women’s human rights provided a new conceptual theme and called for new strategies; peacemaking and peacekeeping became a new arena for activists and grassroots organizations, and allowed peasant voices to be heard.

The fourth world conference on women was held Beijing in 1995 with representatives from 189 countries. The agenda included a Platform for Action and a roadmap to achieve gender equality and the empowerment of all women everywhere. As a result of the Beijing Summit Platform for Action, UNIFEM established a trust fund in 1996 to finance action to eliminate all forms of violence against women. The UN conference in Vienna became a vehicle to highlight the new visions of human rights thinking and practice being developed by women.

However, as we come closer to our years in this journey through history, we see there is still much progress to be made towards equality. Although the UN and its agencies are celebrating 105 years of world women’s movement in New York this year and despite the various efforts for the advancement of women and girls in global south and north, there are still problems in gender equality in terms of labor markets, pay gap, socio-economic and political status.

As we come nearer to the new Development goals, a huge stir has been created in terms of women’s rights and gender equality. One new thing that is being spoken about, is the role men should actually play in the fight for gender equality. A solidarity movement similar to the ‘HeForShe’ is required in order to include men in addressing gender inequality and the gap of women in socioeconomic and political decision-making.

Sunita is a Ph.D. candidate in the Human Geography programme at the University of Waikato. Her current research investigates place-based experiences and feelings of (not) belonging amongst Bhutanese women and girls living in New Zealand under the third country resettlement programme referred by UNHCR. She is also a member of international organizations such as One Young World and World Pulse. In 2010, she was honoured as International Women’s Health coalition (IWHC) Young Visionary Award. In the same year, she received the World Pulse Citizen Journalism Award. Her area of expertise includes qualitative methods, gender issues, women's empowerment, migrants and refugees studies, home spaces, identity and belonging. She has been working in various women-related organizations for almost a decade.
No Comment